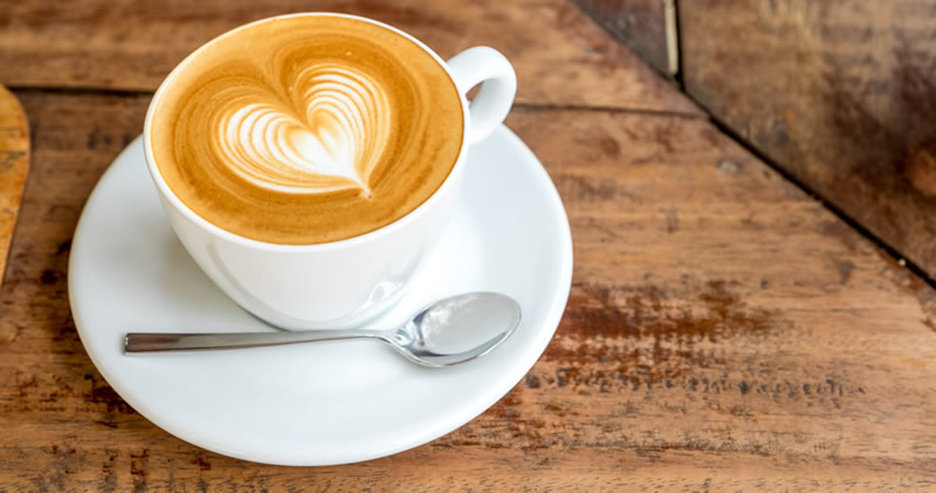 This month we are talkin’ COFFEE!!! Is coffee healthy?? What kind is best? What to put in it etc. Bottom line is that coffee can be a health beverage, but you can go terribly wrong with it too. Let’s discuss…

Coffee is Rich in…

One 8-ounce cup of brewed coffee contains about 95 mg of caffeine. A moderate amount of coffee is generally defined as 3-5 cups a day, or on average around 400 mg of caffeine, according to the Dietary Guidelines for Americans.

Coffee is an intricate mixture of more than a thousand chemicals. The cup of coffee you order from a coffee shop is likely different from the coffee you brew at home. What defines a cup is the type of coffee bean used, how it is roasted, the amount of grind, and how it is brewed. Human response to coffee or caffeine can also vary substantially across individuals. Low to moderate doses of caffeine (50–300 mg) may cause increased alertness, energy, and ability to concentrate, while higher doses may have negative effects such as anxiety, restlessness, insomnia, and increased heart rate. I can honestly only do 150mg per day. Still, the cumulative research on coffee points in the direction of a health benefit. There are some questions to be answered:

Does the benefit stem from the caffeine or plant compounds in the coffee bean? Is there a certain amount of coffee needed a day to produce a health benefit?

Coffee may affect how cancer develops, ranging from the initiation of a cancer cell to its death. For example, coffee may stimulate the production of bile acids and speed digestion through the colon, which can lower the amount of carcinogens to which colon tissue is exposed. Various polyphenols in coffee have been shown to prevent cancer cell growth in animal studies. Coffee has also been associated with decreased estrogen levels, a hormone linked to several types of cancer. Caffeine itself may interfere with the growth and spread of cancer cells. Coffee also appears to lower inflammation, a risk factor for many cancers.

I know some of you readers out there may be asking about the 2018 uproar in California due to warning labels placed on coffee products stemmed from a chemical in the beverage called acrylamide, which is formed when the beans are roasted. Acrylamide is also found in some starchy foods that are processed with high heat like French fries, cookies, crackers, and potato chips. It was classified in the National Toxicology Program’s 2014 Report on Carcinogens as “reasonably anticipated to be a human carcinogen” based on studies in lab animals. However, there is not yet evidence of a health effect in humans from eating acrylamide in food. Regardless, in March 2018, a California judge ruled that all California coffee sellers must warn consumers about the “potential cancer risk” from drinking coffee, because coffee-selling companies failed to show that acrylamide did not pose a significant health risk.

California’s law Proposition 65, or The Safe Drinking Water and Toxic Enforcement Act of 1986, fueled the ruling, which requires a warning label to be placed on any ingredient from a list of 900 confirmed or suspected carcinogens.

Although ingestion of caffeine can increase blood sugar in the short-term, long-term studies have shown that habitual coffee drinkers have a lower risk of developing type 2 diabetes compared with non-drinkers. The polyphenols and minerals such as magnesium in coffee may improve the effectiveness of insulin and glucose metabolism in the body.

Caffeine is a stimulant affecting the central nervous system, so it causes different reactions in people. In sensitive individuals, it can irritate the stomach, increase anxiety or a jittery feeling, and disrupt sleep. Although many people appreciate the temporary energy boost after drinking an extra cup of coffee, high amounts of caffeine can cause unwanted heart palpitations in some.

Unfiltered coffee, such as French press and Turkish coffees, contains diterpenes, substances that can raise bad LDL cholesterol and triglycerides. Espresso coffee contains moderate amounts of diterpenes. Filtered coffee (drip-brewed coffee) and instant coffee contain almost no diterpenes as the filtering and processing of these coffee types removes the diterpenes.

Despite these factors, evidence suggests that drinking coffee regularly may lower the risk of heart disease and stroke.

Naturally occurring polyphenols in both caffeinated and decaffeinated coffee can act as antioxidants to reduce damaging oxidative stress and inflammation of cells. It may have neurological benefits in some people and act as an antidepressant. Caffeine may affect mental states such as increasing alertness and attention, reducing anxiety, and improving mood. A moderate caffeine intake of less than 6 cups of coffee per day has been associated with a lower risk of depression and suicide. However, in a few cases of sensitive individuals, higher amounts of caffeine may increase anxiety, restlessness, and insomnia. Suddenly stopping caffeine intake can cause headache, fatigue, anxiety, and low mood for a few days and may persist for up to a week.

In a large cohort of more than 200,000 participants followed for up to 30 years, an association was found between drinking moderate amounts of coffee and lower risk of early death. 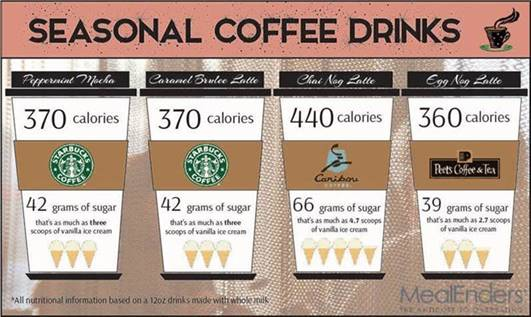 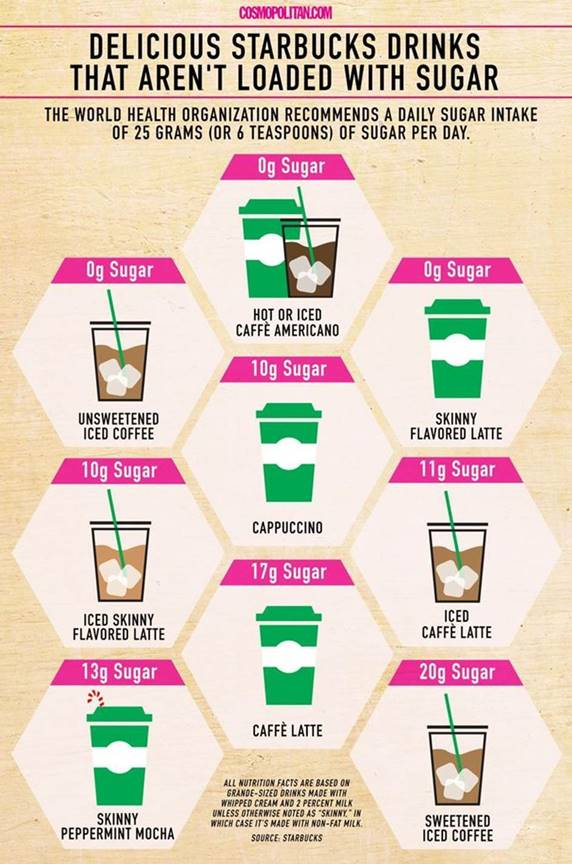 So with coffee being a health beverage by itself, we need to be extra careful with what we put into it. Watch the added sugars and saturated fats you liberally pour or order. It can easily get wild with the levels. It’s best if you get plain (much like yogurt) and add in your own sweetness and fat level with Monk fruit extract, erythritol, stevia, or honey for added sweetness. For fat, stick to organic milks and unsweetened plant milks.

The bottom line: Consuming moderate (3-5 cups) to high amounts (6-10 cups) of coffee daily may lower the risk of several disease conditions. However, some individuals may not tolerate higher amounts due to symptoms of jitteriness, anxiety, and insomnia. Specifically, those who have difficulty controlling their blood pressure may want to moderate their coffee intake. Pregnant women are also advised to aim for less than 200 mg of caffeine daily (the amount in 2 cups of coffee), because caffeine passes through the placenta into the fetus and has been associated with pregnancy loss and low birth weight. Because of the potential negative side effects some people experience when drinking coffee, it is not necessary to start drinking coffee if you do not already or to increase the amount you currently drink, as there are many other dietary strategies to improve your health. Decaffeinated coffee is a fabulous option! If one is sensitive to caffeine, and according to the research summarized above, it offers similar health benefits as caffeinated coffee. It’s also important to keep in mind how you enjoy your brew. The extra calories, sugar, and saturated fat in a coffee house beverage loaded with whipped cream and flavored syrup might offset any health benefits found in a basic black coffee.