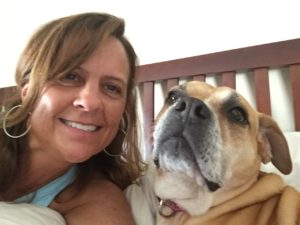 Recently Studio SWEAT on Demand (SSoD) streaming on my iPhone stopped working due to an Apple iOS upgrade issue. I had become ‘addicted’ to SSoD back in January 2017 and depended on their cycling workouts for my mental and physical well being.

It was near the end of the year and I felt lost without them, plus I had a goal of 1000 miles before the year was up. So... while SSoD worked diligently with Apple to resolve the issue I was led to try another provider.

I had seen commercials for Peloton (the "P" word as I like to say) on TV.  They painted a picture of intense workouts with very polished, driven trainers, instructing people in much better shape (and outfits) than me, sweating and very satisfied with the workout. So, feeling a little like I was cheating on Cat and the rest of the SSoD crew, I downloaded the "P" word app, and started their 14 day trial. That would get me to my goal until the technical issue was resolved.

Frankly, I was surprised. After doing several workouts by at least 5 different instructors, there was consistency in the following:

I realize there are all types of people with different personalities, and people working in service fields such as fitness have to find a balance to reach individuals while in a group setting.  In my opinion, SSoD does just that.  Every single instructor makes an effort to connect with the actual people and with the SSoD streamers, Komrades as we're now known. They all seem to genuinely care about our well being, physically and mentally. They make us all feel like we are family.  With SSoD, there is camaraderie among the Komrades that is evident

Thanks SSoD! I'm so happy to be back.